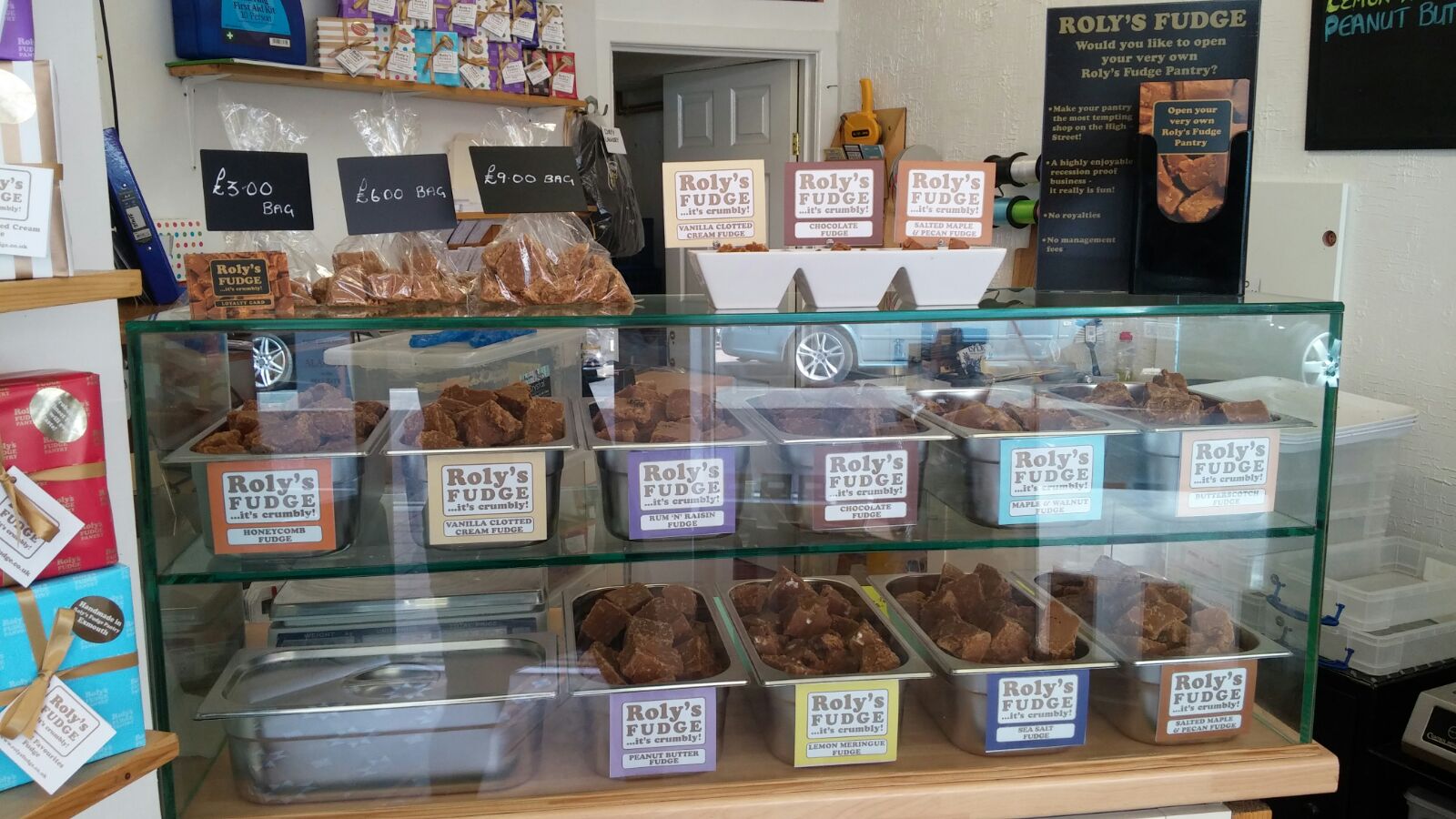 Exmouth, Devon: – 7 August 2016: For all those who have been missing the popular fudge shop on Rolle Street, you’ll be delighted to hear it has reopened for the summer season.

New shop owner Matt Jones has taken on the lease and the shop remains in its same place at 13 Rolle Street.

Roly’s Fudge Pantry is well known across the South West and further afield for its award-winning handmade fudge made with traditional ingredients in full view of customers. There are now 32 shops across the whole country, and 12 shops in Devon. 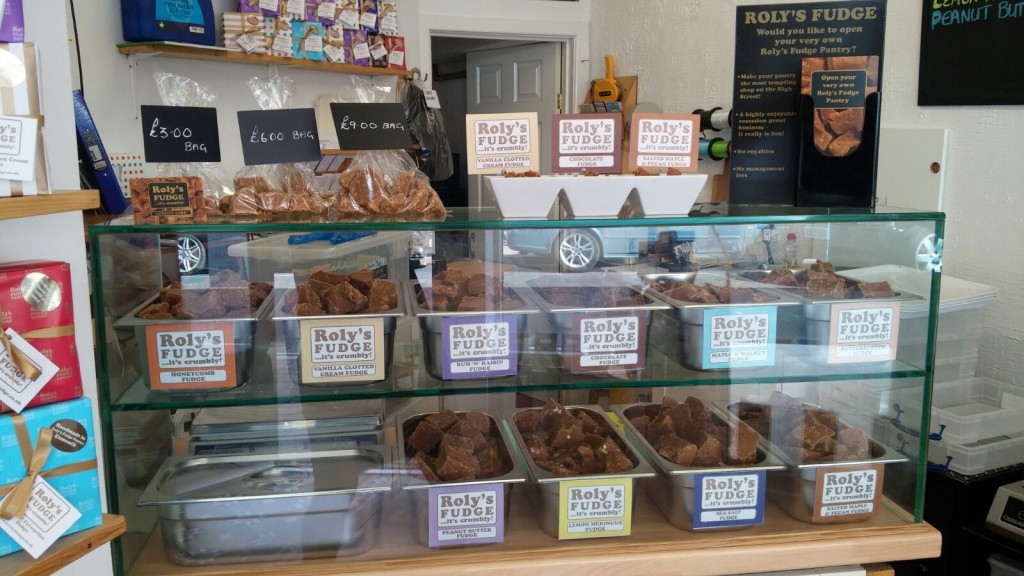 Matt begun life at Roly’s Fudge as a General Manager for many of these shops over the last two years, and opened his very own fudge pantry in Weymouth last February.

“We’ve had lots of emails and comments from people who have missed the Exmouth shop, so it’s great to be able to reopen the store in time for the summer,” says Matt.

“I have spent the past week training staff to run the fudge pantry. We have been busy making lots of flavours, including Lemon Meringue, Peanut Butter, as well as our Salted Maple and Pecan Fudge which recently won an award.”

Roly’s Fudge won a 1* from Great Taste Awards for the Salted Maple and Pecan Fudge, which is a new flavour only launched last year. It also won a 2* award for Vanilla Clotted Cream Fudge, which is the company’s original fudge flavour.

Ever since Roly’s Fudge began in 1987, making fudge with a copper pan on the kitchen table, it has been dedicated to providing classic “crumbly” fudge. The mixture is made from natural ingredients and cooked in copper pots, before it is poured out onto a marble slab in the window where passers-by can watch it cool and be cut.

Find out more about Roly’s Fudge in Devon and across the country at: http://rolysfudge.co.uk/stores

Where Roly’s Fudge Pantries are like buses… you wait a while for one, and then two come along at once! In the last month, our team at Roly’s Fudge has warmly welcomed, not just one, but TWO fudge pantries – in no less than the cities of Canterbury and Windsor. For many years we have […]

Every December, thousands more parcels are sent on Royal Mail than normal. Please bear this in mind and order in plenty of time to avoid disappointment. Our recommendation to avoid disappointment is to place your order as soon as possible – by the 10th December if you can! If your parcel is particularly urgent then […]