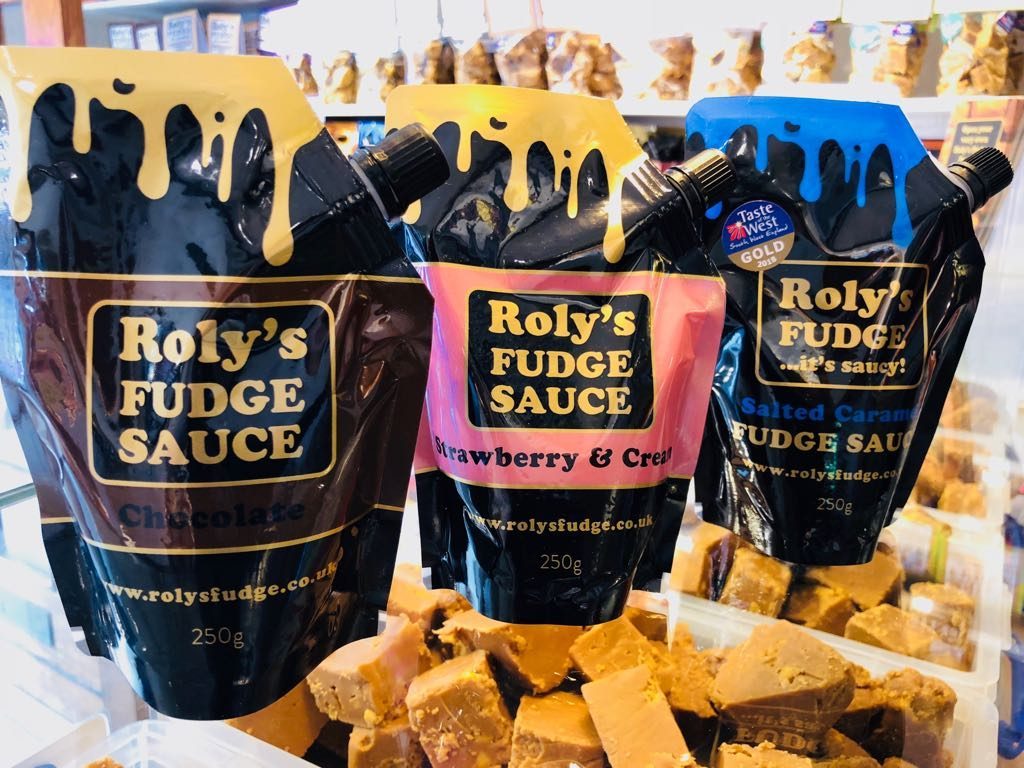 Established in 1987, Roly’s Fudge is handmade in our shops using a 150 year old recipe.

Now, we’ve adapted this recipe to make Roly’s Fudge Sauce. Deliciously rich and indulgent, it can be used hot or cold, squeezed on ice cream, poured on pancakes, drizzled over fruit, or as a yummy ingredient in baking.

Roly’s Fudge Sauce is back on our shelves following a break in production for 18 months to develop the fudge sauce into a squeezable pouch version. The recipe has been improved to fit the new pouch design and to make our fudge sauce consistently creamy and delicious, as well as with a longer best before date keeping your fudge sauce fresher for longer. It even comes with its own ‘Fudgeometer’ so you never need to worry about when you’re running out of fudge sauce!

The fudge sauce comes in an introductory flavour Salted Caramel, and several more flavours are in the pipeline to be developed and released over the coming months. 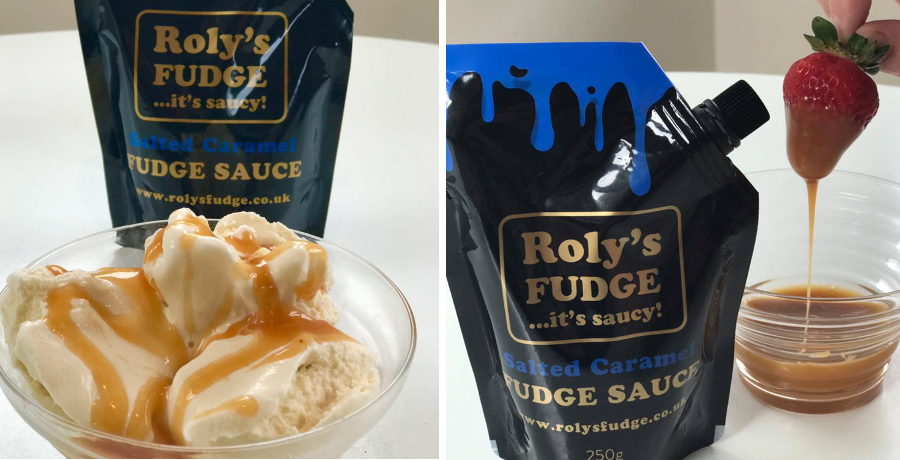 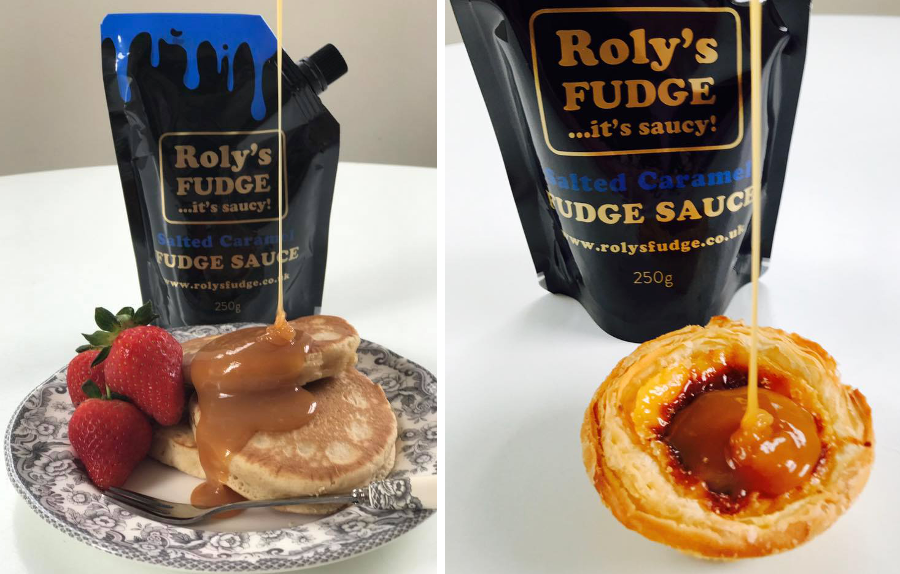 Available for all your baking ideas – ‘upgrade’ your custard tarts, splurge on pancakes, and sneak it into your cupcake fillings and toppings! Try it hot and cold on ice cream and with fruit, especially during the summer season!

Also to celebrate the launch of our brand new Roly’s Fudge Sauce, we’re giving away a pouch of this deliciousness to 12 lucky people. To enter the competition you’ll need to like and share this post and also like our new Roly’s Fudge Sauce page and if you want to tag a mate or two and let them know – be in for a chance to win by sharing and liking before 20th August 2017.