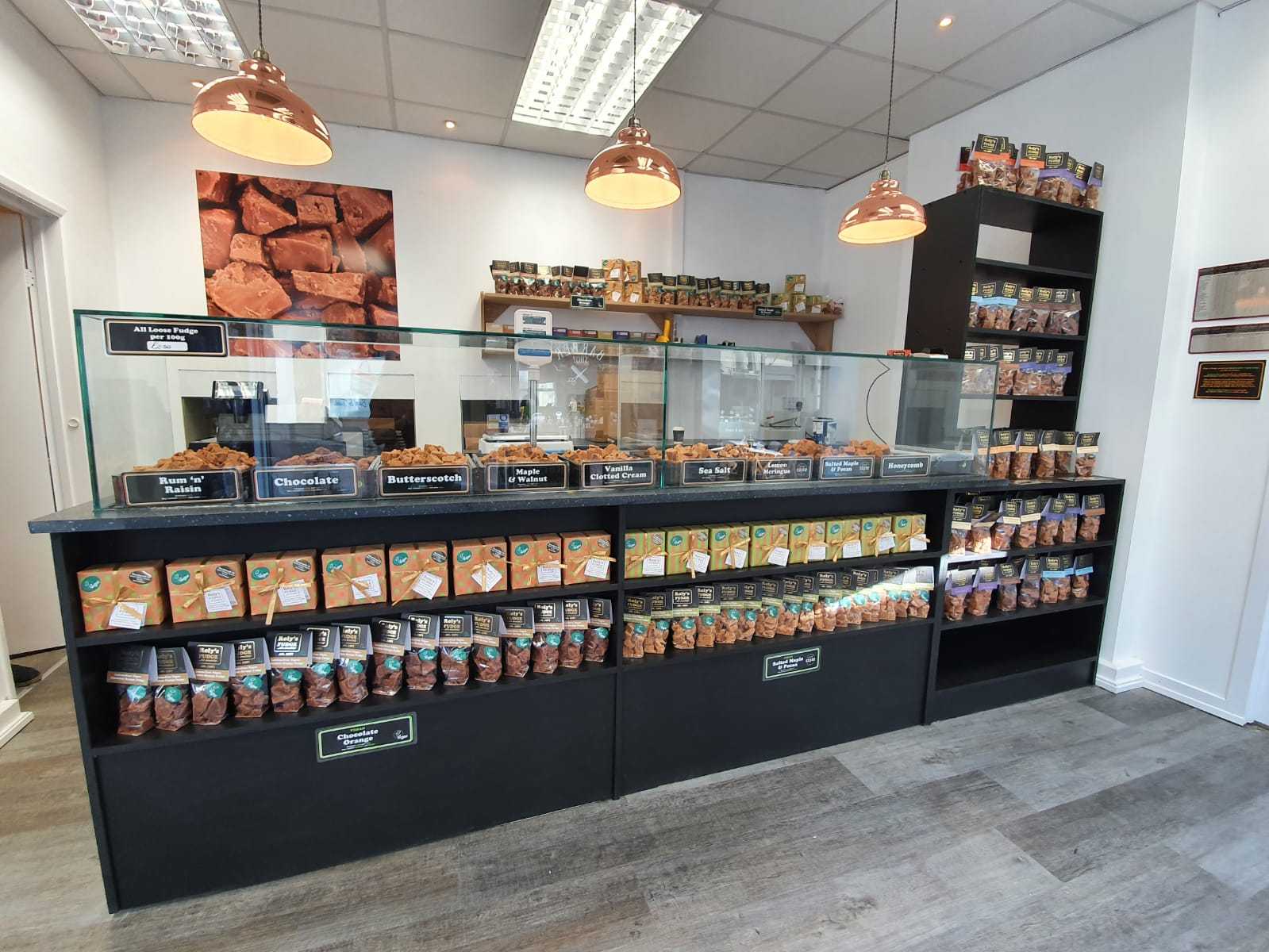 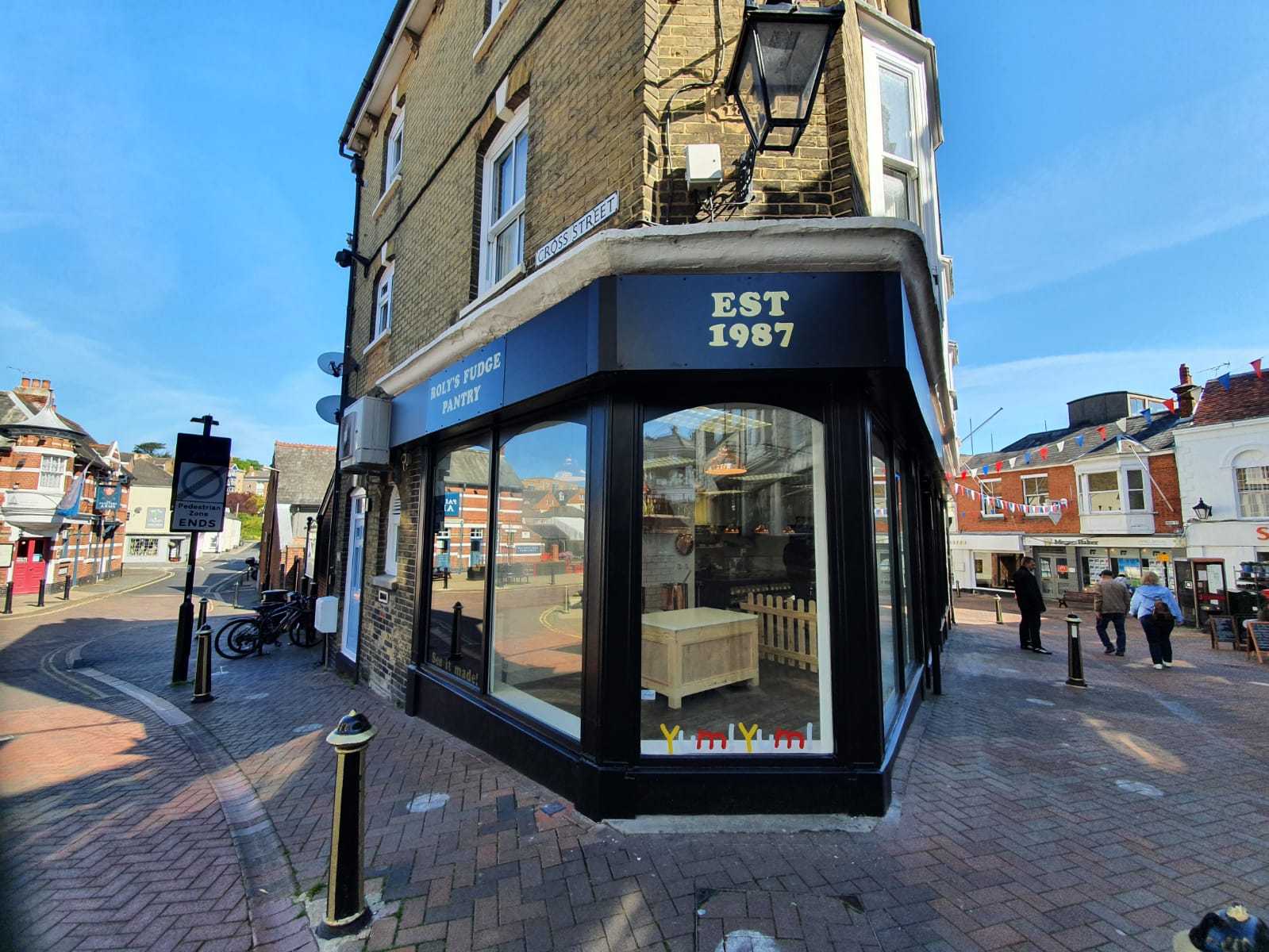 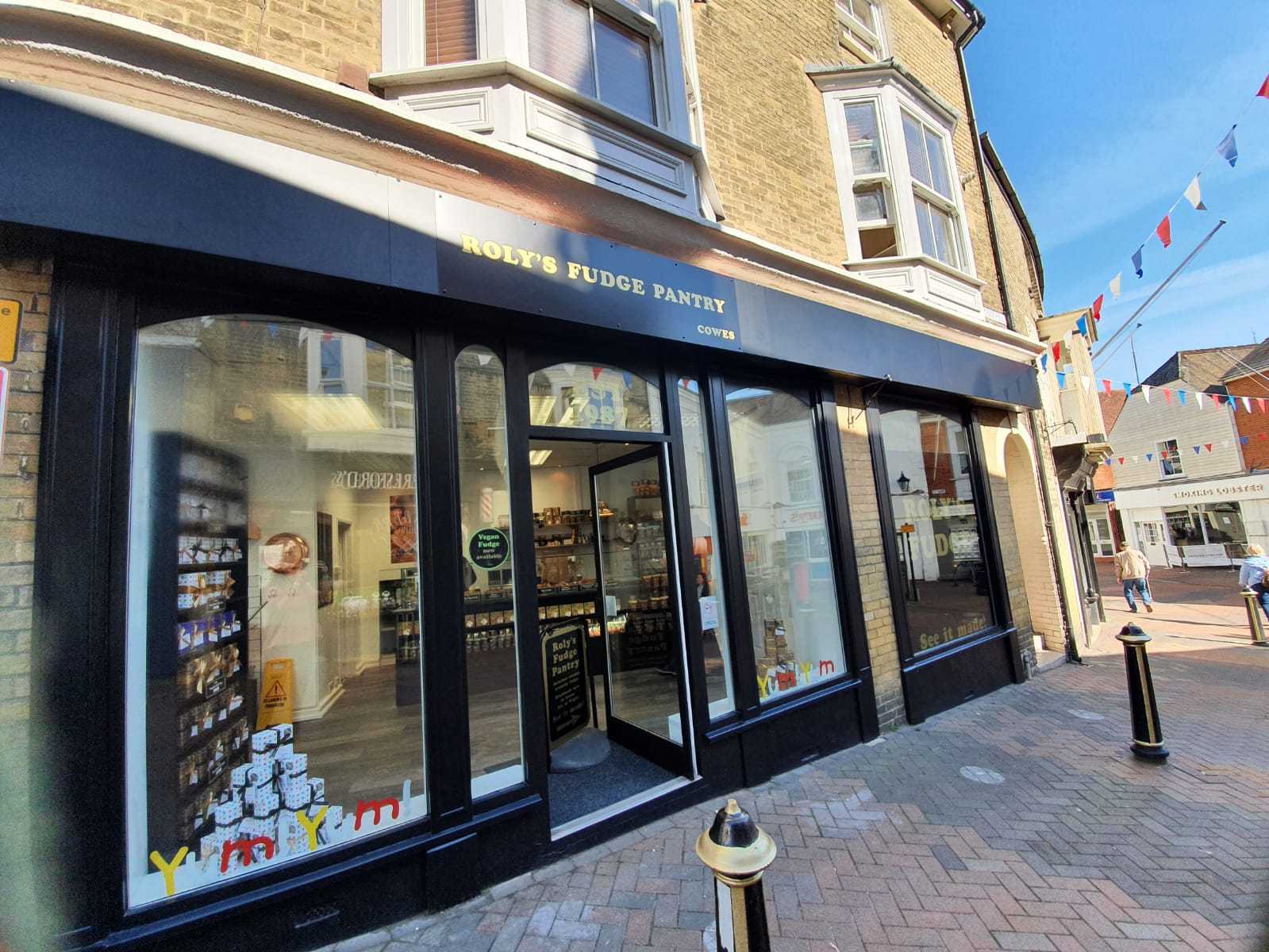 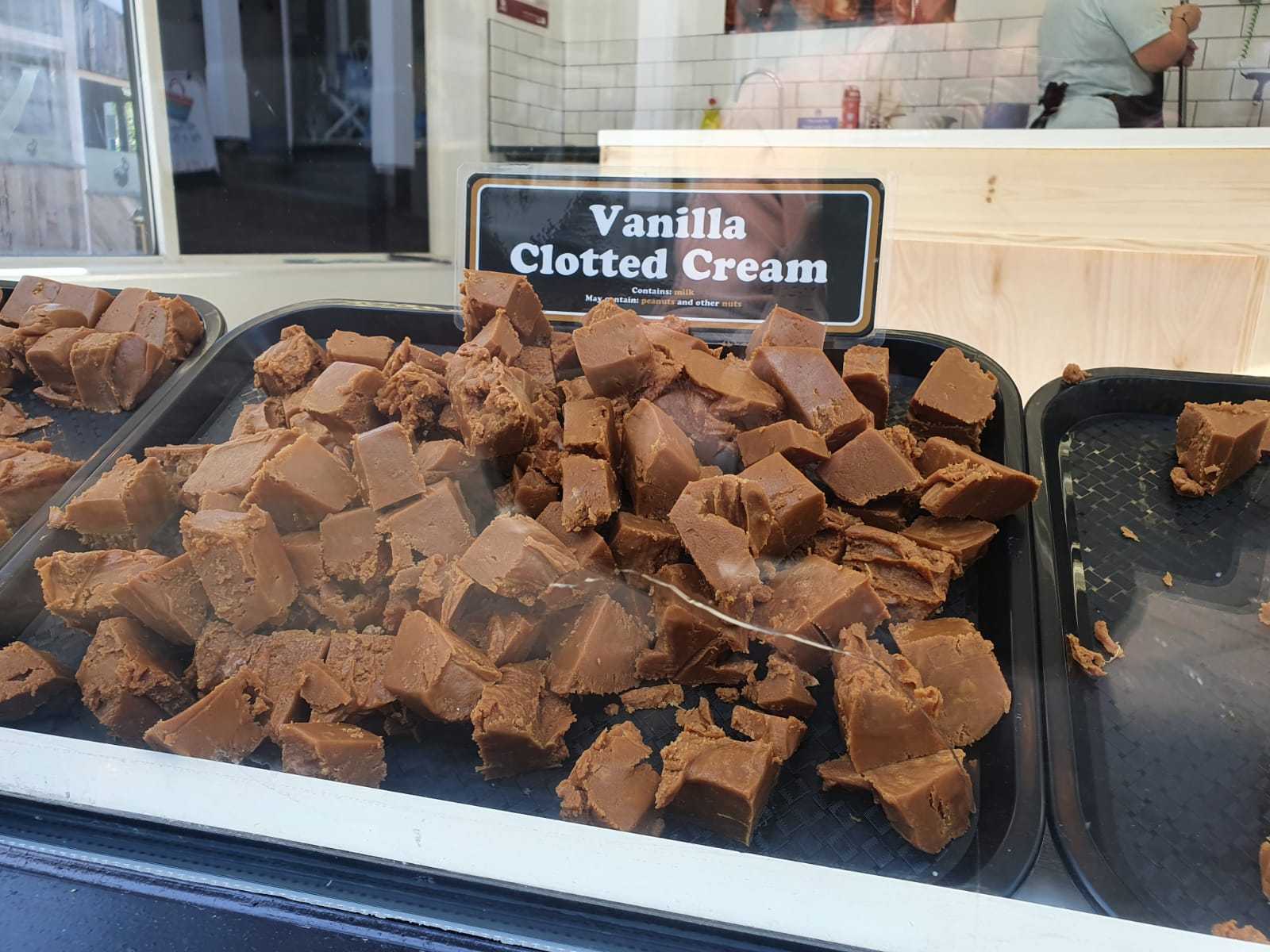 “I was greeted by Rachel when I went to the shop – fantastic service and knowledge of product. I left feeling very happy with lots of bags of Roly’s fudge…..delicious, best fudge in the world!!!!!!” 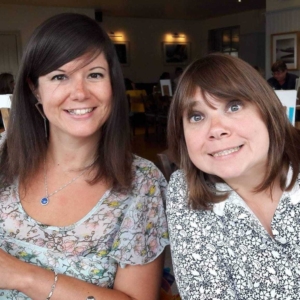 The Franchise is owned by Rachel and Mandy, who are delighted to have found this perfect location for their new pantry.

Ten years ago, they dreamt of opening a fudge shop!

“About 25 years ago, I was on holiday in Devon with my family. Whilst shopping in Barnstaple, we discovered a little fudge shop called Roly’s Fudge Pantry.

“I spent all my holiday pocket money on bags of it and ate the whole lot in one go.

“This became a tradition every time we went anywhere that had a Roly’s.

“At 31 years old, I met Mandy. We went to Devon on holiday and I introduced her to Roly’s. She became as obsessed with it as I was. Whenever we went on holiday in the UK, we hunted for a Roly’s.

“One day we decided it would be pretty cool to work in one of these shops. We were attracted to the fact they are all family run, and all focused on the fact the fudge was hand made in the shop in front of customers.

“So for ten years we looked at opening our own. But the timing was never right, and we didn’t have the money.

“Until 2020 arrived, covid struck, everything changed for everyone. We ended up saving all of our money because we couldn’t go out and spend it.

“Roly’s Fudge came over and between us all, we found a location and a shop we all loved in Cowes.

“And now, our ten year dream is about to become a reality as we prepare to open our very own Roly’s Fudge Pantry ❤️”

Try…. our multi award winning Sea Salt Fudge, made in the heart of Cowes.

Vegan options are available. Our lactose-free fudge is accredited by the Vegan Society. Please ask in store for assistance. If you’re making a special visit, please email or phone beforehand to check if it is in stock.

This fudge pantry sometimes stocks Roly’s Fudge Sauce. If you’re making a special visit, please email or phone beforehand to check if it is in stock.