Roly’s Fudge Ilfracombe has been at the Harbour in Ilfracombe for many years, and has become a firm staple in North Devon.

Many of our customers tell Roly’s Fudge Head Office their stories about coming to Ilfracombe as a child and first tasting fudge!

It has been open since 1996 and is still situated in the same location as it was all those years ago. The store’s interior has recently undergone some physical changes so that we can continue making fudge at the highest standard.

You can see all of the renovations on our Roly’s Fudge Ilfracombe Facebook page.

This store is owned by Richard, who strives to make his fudge flavours as natural as possible.

In fact, Richard even makes his own peanut butter for his Peanut Butter fudge. As well as this, he makes fudge daily to send to a large department store in London, so its not just the people of Ilfracombe who get to try his flavours!

Please visit our Roly’s Family page to learn more about Richard and any of our other owners.

You have got to try Richard’s Peanut Butter fudge, made with his own homemade peanut butter. This store also makes our Roly’s five favourites: Vanilla, Chocolate, Butterscotch, Rum ‘n’ Raisin, and Maple and Walnut. You can buy it loose from the counter or order it in a selection of gift bags and boxes.

What’s On at Roly’s Fudge Ilfracombe

Check out the Roly’s Fudge Ilfracombe Facebook for regular updates, such as upcoming events and new flavours. We also have a How it’s Made video so you can see the fudge-making process.

Pop in for a free sample and find your favourite flavour!

Seasonally open 7 days a week.  Closed for season during winter, please ring our number and if we are in the area we will pop in and open for you.

Dairy-free options are available. Our dairy-free fudge is accredited by the Vegan Society. Please ask in store for assistance and get in touch before visiting to check if it is in stock. 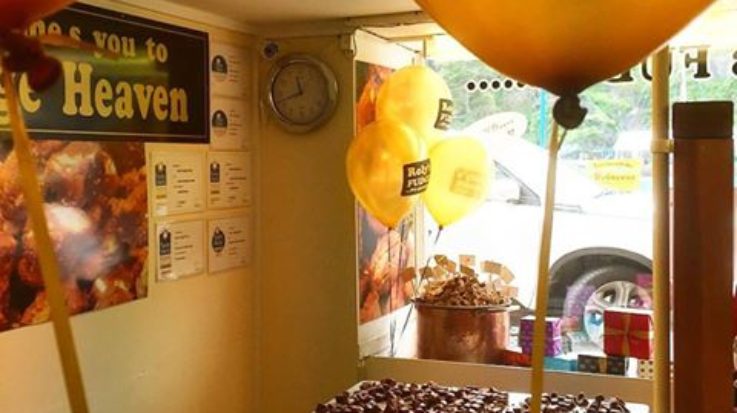