Roly’s Fudge Torquay was one of our first fudge pantries, owned originally by the founder of Roly’s Fudge, Peter Riley. We fondly call it one of our Roly’s Originals.

These days, you can find Susanne and Paul running the shop from early morning and often stretching into the evening. The pair also own pantries in Tenby and Lyme Regis.

If you visit our Roly’s Family page, you can learn more about Susanne and Paul, as well as our other owners.

Roly’s Fudge Torquay overlooks the picturesque Torquay Harbour, and is a perfect spot for picking up a fudgey treat.

In 2016, the Guardian described the town as one of “Britain’s most booming seaside towns, undergoing a style revival with Michelin starred restaurants and swanky yachts”  so it is definitely worth the visit!

Like many of our other coastal pantries, Roly’s Fudge Torquay also sells delicious ice-cream alongside our fudge, available every day.

Here you can be sure to find a variety of fudge flavours ranging from our classic Vanilla Clotted Cream to our limited edition favourites, including Banana and Peanut Butter! If you can’t commit to one flavour straight away – we have plenty of samples for you to try, so pop in and say hello.

Seasonally throughout the late spring and summer months.

Dairy-free options are available. Our dairy-free fudge is accredited by the Vegan Society. Please ask in store for assistance and get in touch before visiting to check if it is in stock.

Torquay open until 22nd December then closing until Feb half term 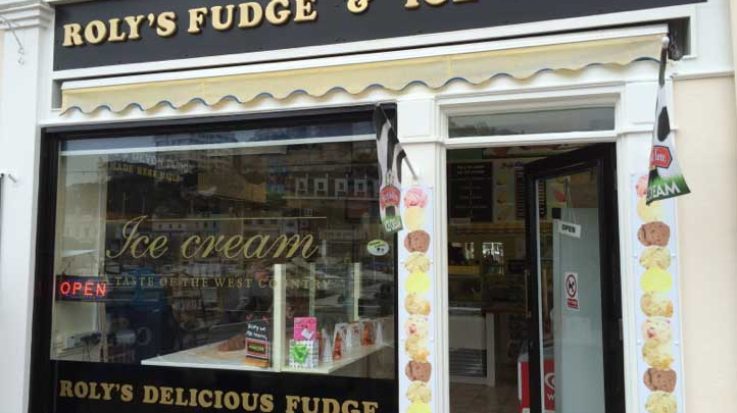