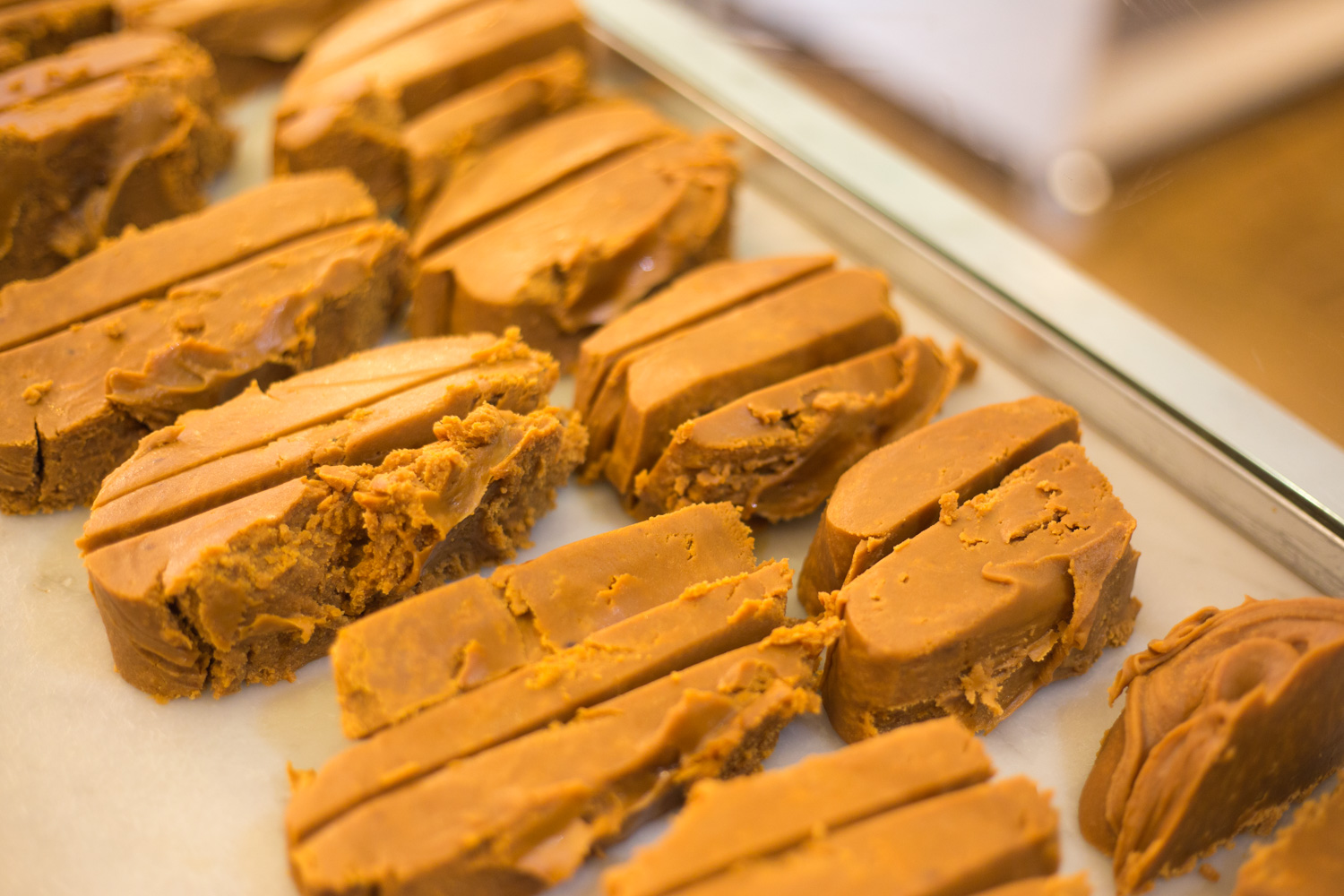 This spring, Roly’s Fudge is coming to St Ives, Cornwall!

We’re very excited to be opening in the town – St Ives has been one of our most requested areas for many years. So if you’re in the area from Friday 21st April, do stop in and say hello to our newest staff members who will be busy stirring up our traditional Roly’s Fudge recipes, and try some of our first batches of fudge!

St Ives, the picturesque working harbour and seaside town in the north west of Cornwall, will be home to the 36th store for Roly’s Fudge. With the town being a popular destination for holiday makers and locals alike, as well as Cornwall being home to delicious and traditional fudge, we’re looking forward to welcoming visitors to the shop and showing them our 150-year-old fudge recipe and how we make the fudge every day.

All our fudge uses traditional authentic ingredients with real butter, milk and sugar, which gives it a unique texture that is crumbly and melt-in-your-mouth. No factory ingredients and processes, and no artificial flavourings or colourings, are necessary in our fudge flavours – we’ve honed all our recipes to be as traditional and delicious as possible. Come try it and see it for yourself!

The new shop in St Ives will also be the third Roly’s Fudge Pantry to open this year in 2017, the 30th anniversary for Roly’s Fudge. Established in 1987, our fudge recipe hasn’t changed since then!

Matt, general manager for Roly’s Fudge and one of the owners of the St Ives shop, is excited to open a Roly’s Fudge Pantry in St Ives: “St Ives holds a special place in the heart of our family due to childhood trips spent in Cornwall. I am looking forward to bringing Roly’s Fudge Pantry back to me for my next visit, making fudge in the window and getting involved in local events. This will be my third store, and likely to be one of my busiest!”

Roly’s Fudge St Ives will be officially opening on Friday April 21st at: