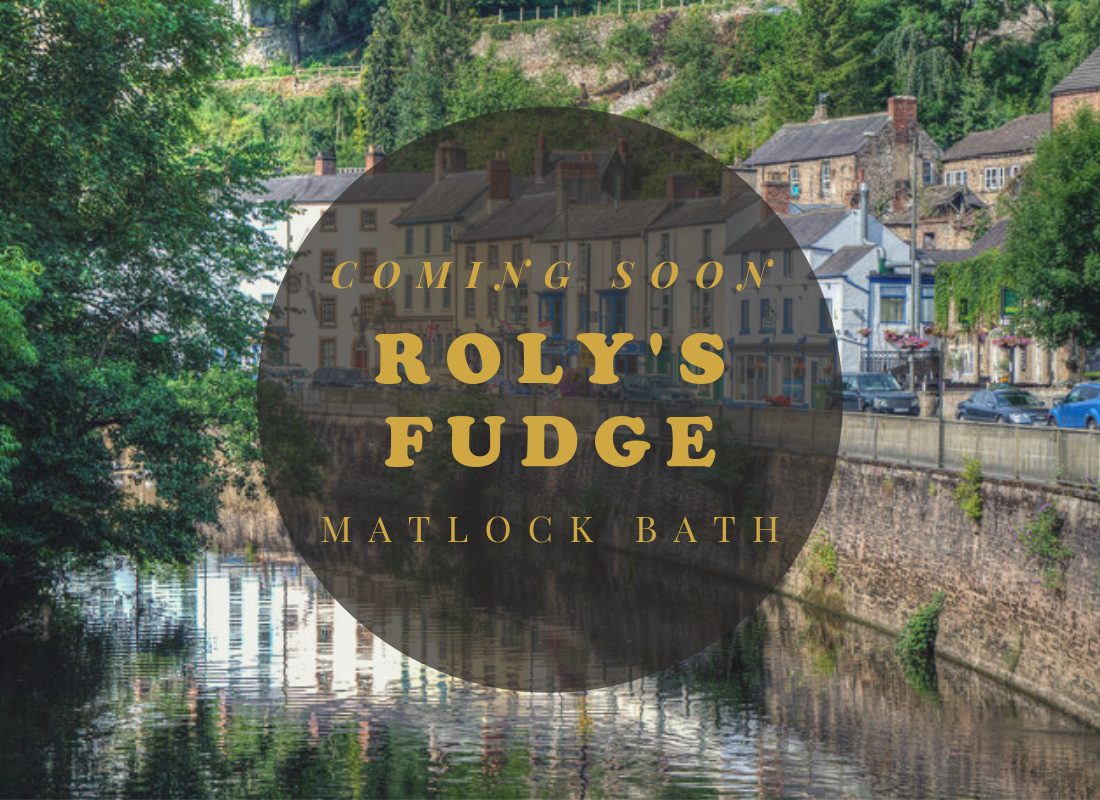 We are excited to announce our newest addition to Roly’s Fudge Pantries will be opening in the next fortnight in Matlock Bath!

This beautiful village, situated near the Peak District, has been nicknamed “Little Switzerland” thanks to its alpine scenery which boasts tall rocky walls, wooded hills and lakelands. A visit to this small village will feel like travelling back in time, as it has remained very traditional in its culture and its scenery untouched. Due to its pristine beauty and nearby Peak District, many tourists are attracted to Matlock Bath each year and brings this small village to life.

For these reasons, we’re excited to bring Roly’s traditional art of fudge making to Matlock Bath. The pantry will be open through the summer making handmade fudge in the shop window.

Owners Jonathan and Elizabeth are the couple behind the newest Roly’s Fudge Pantry. The duo have already been part of the Roly’s Fudge family for several years, running their own successful Roly’s Fudge Pantry in Shrewsbury. Having fallen in love with the lifestyle of a fudge maker, they decided to open a second one.

The owners are delighted to cater for everyone, with a range of best-seller fudge flavours in stock including Vanilla Clotted Cream, Butterscotch and Rum ‘n’ Raisin.

They will also be stocking Roly’s Fudge Sauce in three different flavours. No  vegans or dairy-free customers should have to miss out on crumbly, melt-in-the-mouth fudge – so they will be making Roly’s Dairy-Free Vegan Fudge. All our Dairy-free Vegan Fudge is fully accredited by the Vegan Society too!

The shop is set to open in the next fortnight, and we look forward to seeing you soon in Matlock Bath!

Where Roly’s Fudge Pantries are like buses… you wait a while for one, and then two come along at once! In the last month, our team at Roly’s Fudge has warmly welcomed, not just one, but TWO fudge pantries – in no less than the cities of Canterbury and Windsor. For many years we have […]

Every December, thousands more parcels are sent on Royal Mail than normal. Please bear this in mind and order in plenty of time to avoid disappointment. Our recommendation to avoid disappointment is to place your order as soon as possible – by the 10th December if you can! If your parcel is particularly urgent then […]

It’s with immense excitement to announce the latest Roly’s Fudge Pantry opening in the heart of Canterbury! Not only that, but we’re like to introduce a new family to the wider Roly’s family – Mary, Steve and Nina, who are opening their first Roly’s Fudge Pantry after many years of searching for the right location. […]