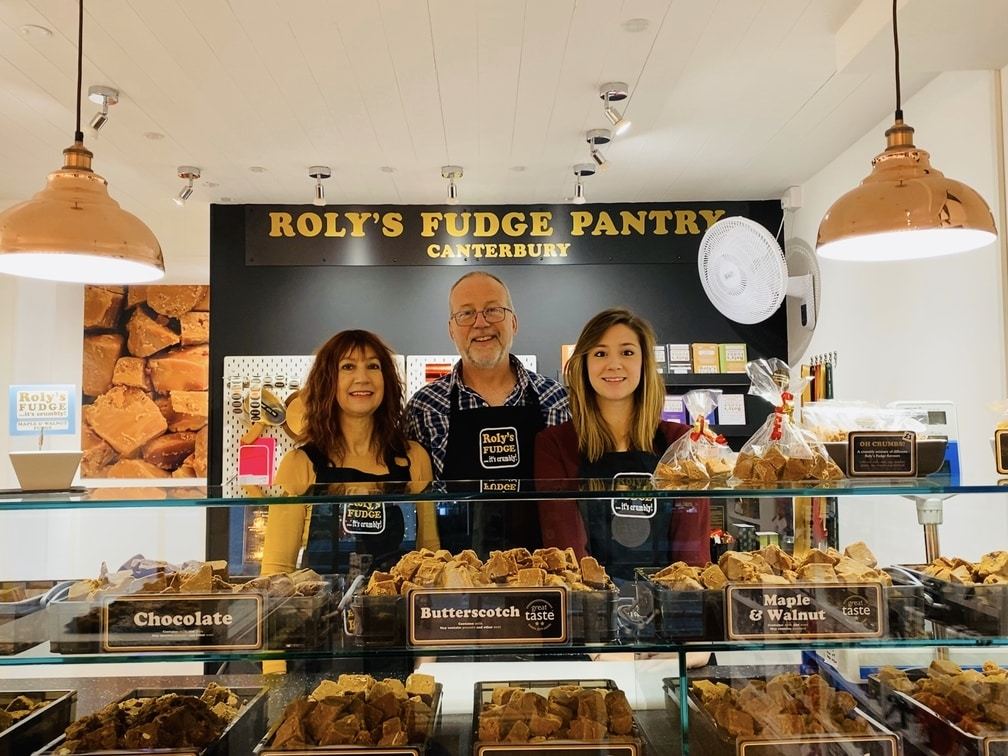 Where Roly’s Fudge Pantries are like buses… you wait a while for one, and then two come along at once!

In the last month, our team at Roly’s Fudge has warmly welcomed, not just one, but TWO fudge pantries – in no less than the cities of Canterbury and Windsor.

For many years we have been requested to open in these two locations – in Kent, where people coming home from their holidays are looking for a sweet treat, and in Windsor, in Berkshire just outside of London.

So it is a real pleasure to introduce these two new franchisees to the Roly’s family!

Welcome to Mary, Steve and Nina! They are our latest franchisees to join the Roly’s Fudge family after several years looking for the perfect location.

“Steve and I first discovered Roly’s fudge during a holiday to Salcombe about 7 years ago,” says Mary.
“Since then (much to the mystification of our daughter Nina) we have been obsessed with the idea of running our own shop, and buying bagfuls of our favourite treat at every opportunity.

“Nina said she “didn’t like fudge” until we took her to the Arundel Roly’s and she actually tried some “proper” fudge. From that moment, all three of us were hooked and Nina was now 100 % on board with our dream of being Roly’s franchisees.

“It took us a long time to find the right location and make the difficult decision to give up our jobs, move away from our family and friends in Hampshire and setup our shop in the centre of Canterbury near the famous cathedral gates.

“All three of us have well and truly stepped out of our comfort zone with this new venture but we know that together, as a family, we can make it work and forge ourselves a fun and successful career in “fudging”.”

The store is looking absolutely beautiful in the run up to Christmas and we are so glad to introduce this lovely family to Roly’s Fudge.

(Photo by @cathedral_quarter_canterbury) Hello all! We have been busy in the background and for good reason – welcoming a new family to the Roly's network. Wife and husband Mary and Steve and their daughter Nina joined Roly's this weekend opening their family-run shop in the heart of Canterbury. They have wanted to join Roly's for mant years and it is a delight to welcome them to the company. We have loved the city of Canterbury for a long time – what a pleasure it is to bring our fudge to Kent, joining a network of artisan food and drink businesses who we have respected for many years. Please come say hello, grab a bite of fudge and get to know us 😊👋 thank you for the lovely photo @cathedral_quarter_canterbury and the very warm welcome. 😊😊 from all us at Roly's x 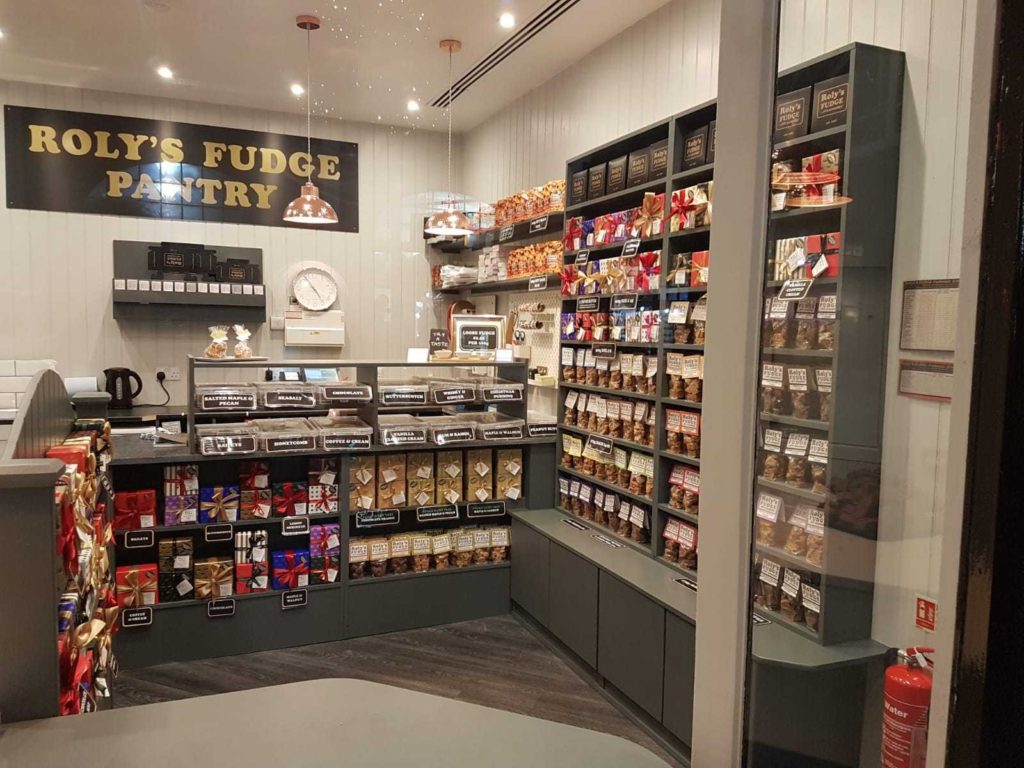 Our newest pantry in Windsor is opened by Jeremy and Helen, who joined the fudge family several years ago when they took on the shop in Arundel.

Back then the couple ran a cafe in the town, but quickly enjoyed being part of Roly’s and wanted to expand further.

In the last eighteen months they’ve opened shops in Lyndhurst and Lymington, both part of the New Forest.

They also opened in Chichester for a small time, although due to lease problems they have moved from the area for a little time – hopefully they will be back soon when they find the right location.

But for now, they are focused on Windsor, where they opened a week ago in the run up to Christmas.

Jeremy and Helen put a lot of love and passion into everything they do at Roly’s and have a great team backing them – we wish them all the best in their brand new location in Windsor.

It's all getting a bit fishy down here on the quay in #Lymington! Seriously impressive that these were carved out of fudge… which one would you take home? I'm going for the whale 🐳 Love from us at the Roly's family x