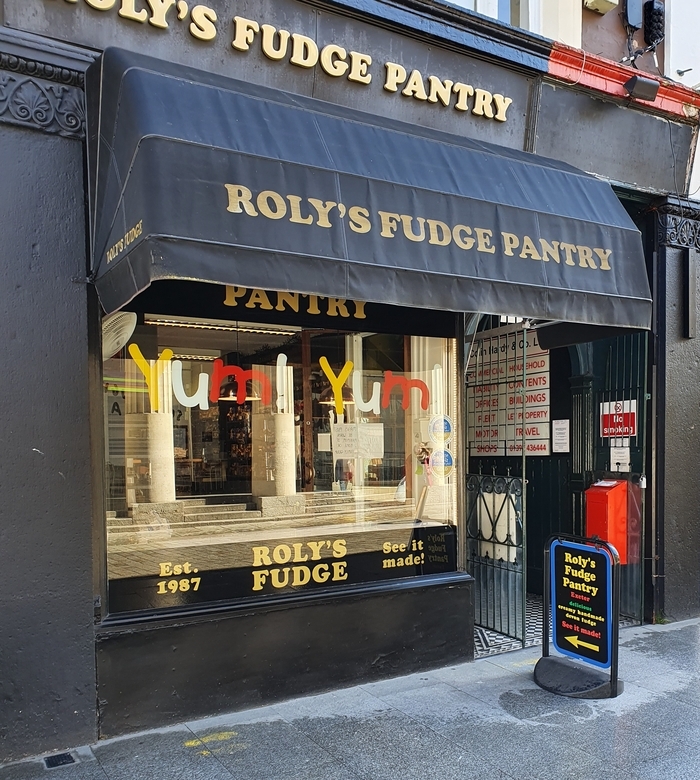 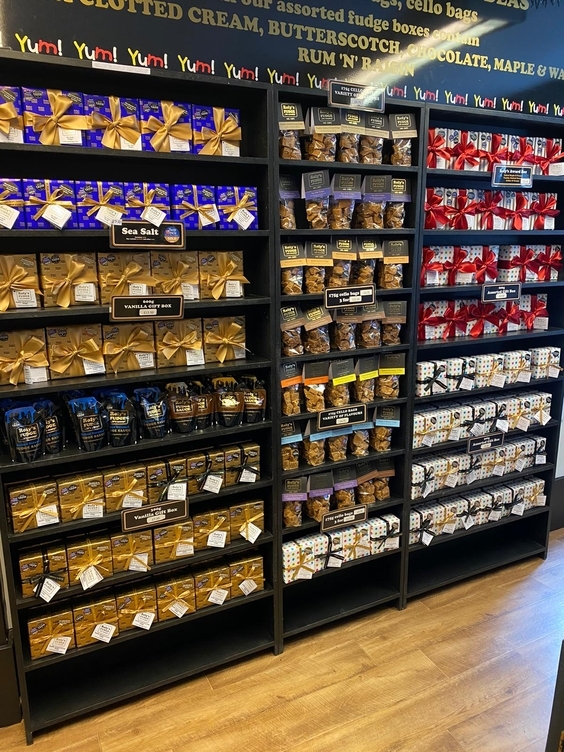 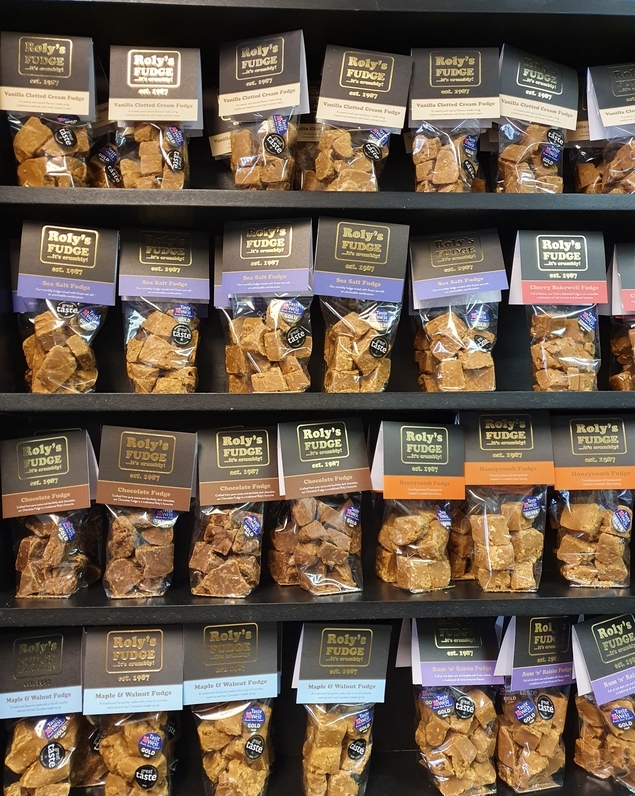 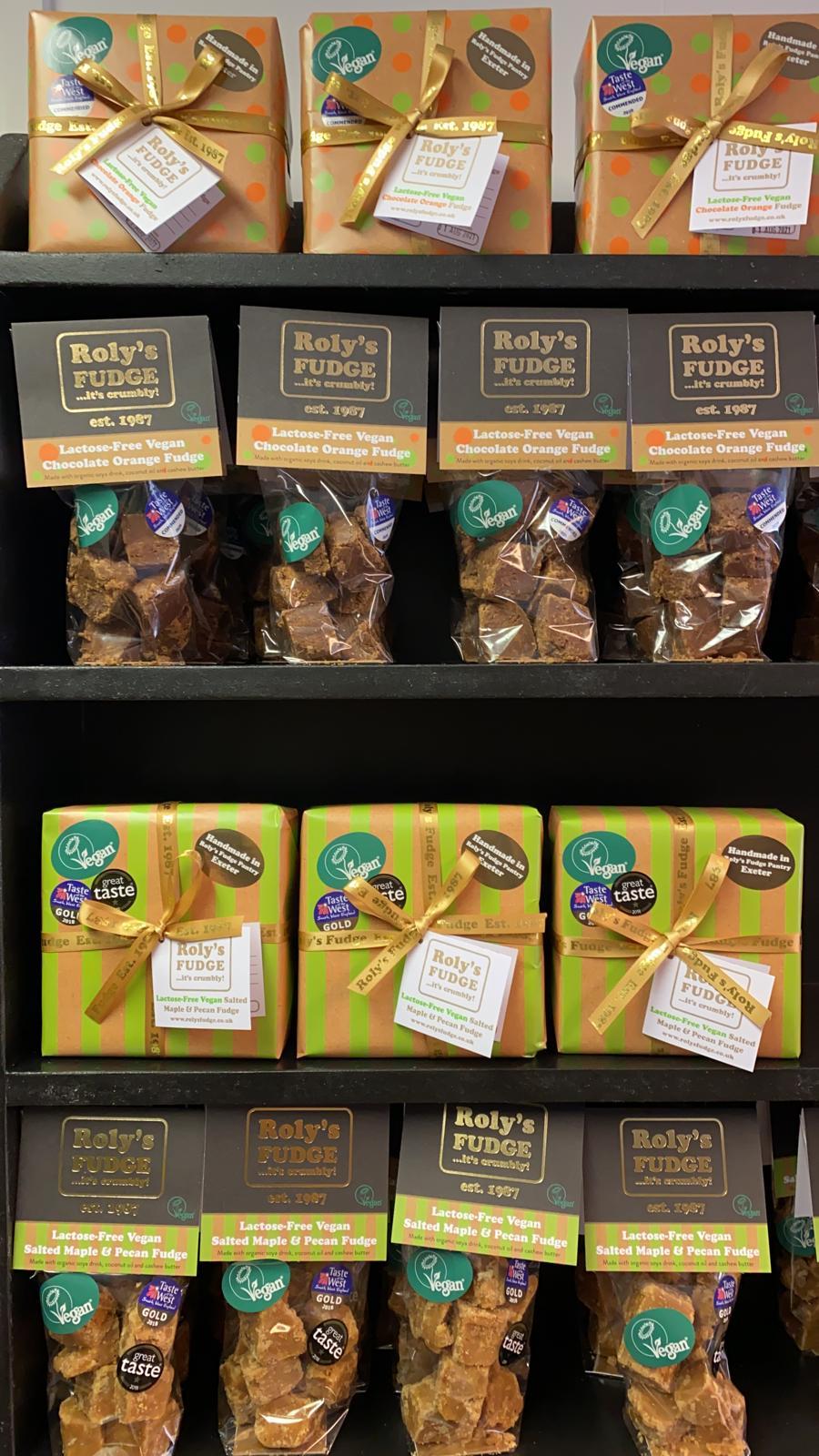 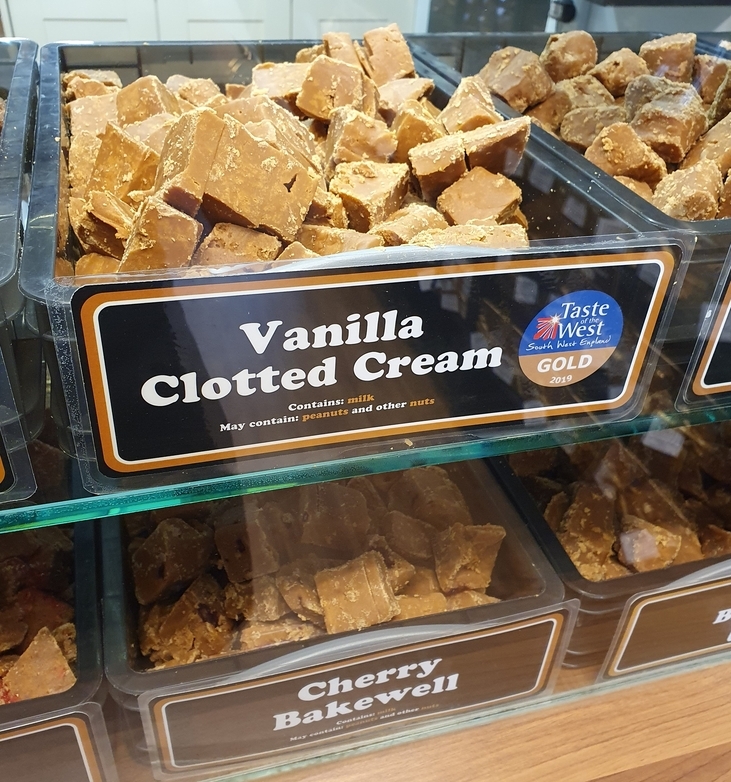 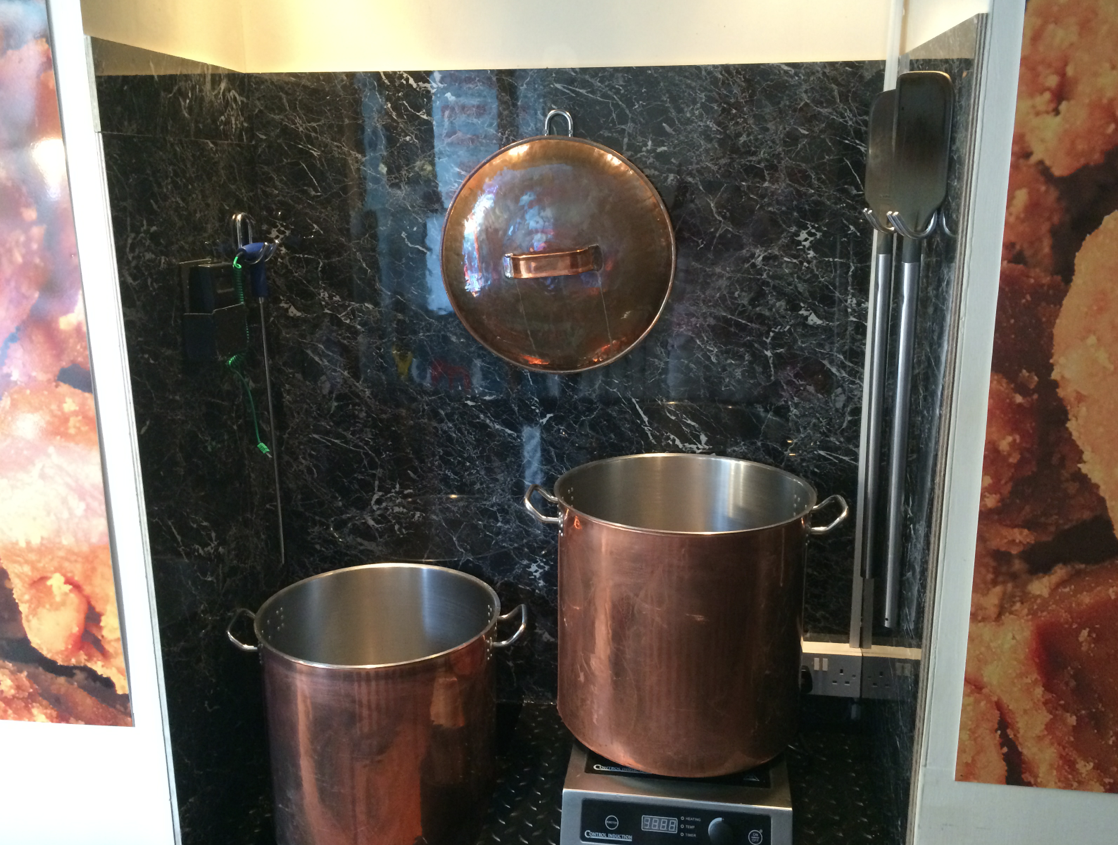 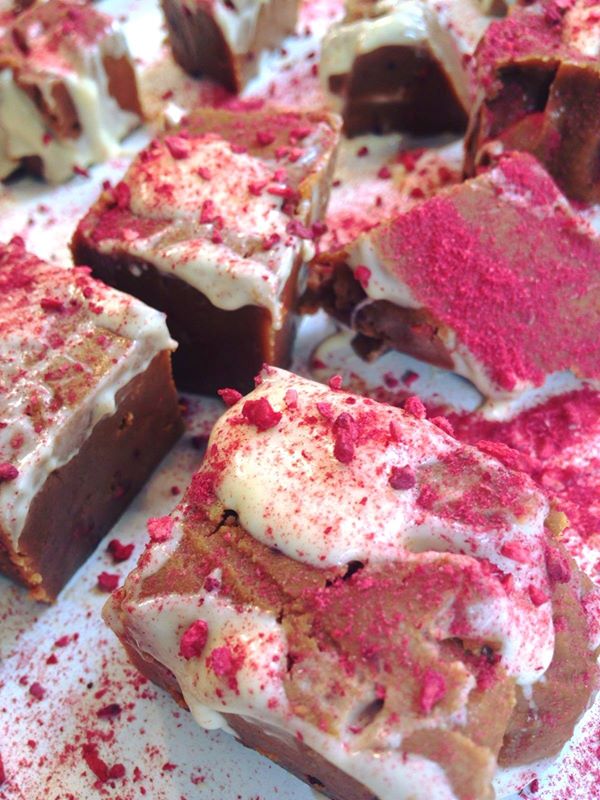 Find our Roly’s Fudge in Exeter at 85 Queen Street, just in front of the entrance to the Guildhall.

Roly’s Fudge Exeter was opened in September 2014 and is located on Queen Street, home to a range of cafes, restaurants and local shops, and backing onto the independent shops of the quirky Gandy Street. It is a family-run and family-owned fudge company dedicated to offering the best of real authentic fudge in Exeter!

It is owned by Carrie, who also owns Roly’s Fudge Totnes. With her children Matt and Dannee, they collectively own Roly’s Fudge St Ives and our newest store, Roly’s Fudge Bath. The three of them also run Roly’s Fudge overall, the franchising company that brings 15 families together operating more than forty independently run shops across the UK.

You can learn more about our Roly’s families by visiting our family page here.

What’s on at Roly’s Fudge Exeter?

You can keep updated with everything that’s going on at Roly’s Fudge Exeter by following us on our Facebook page or on our Twitter, updated regularly with limited edition fudge flavours and special offers and events.

Roly’s Fudge Exeter has a range of traditional flavours, such as Vanilla Clotted Cream, Sea Salt and Baileys.

It also has plenty of our newer flavours such as Salted Maple and Pecan Fudge, as well as seasonal options such as Strawberries and Champagne, Eton Mess and other fruity delights during the summer, and Christmas Pudding, Chocolate Orange and Chocolate Mint in the autumn and winter.

Many Great Taste and Taste of the West winners from across the years are sold here, including Lemon Meringue, Cherry Bakewell, Hot Cross Bun (seasonally), Real Ale Fudge (seasonally), Honeycomb and Maple and Walnut.

Read about us in the news:

7 independent shops to explore in Exeter on a Sunday

Vegan options are available. Our lactose-free fudge is accredited by the Vegan Society. Please ask in store for assistance. If you’re making a special visit, please email or phone beforehand to check if it is in stock.