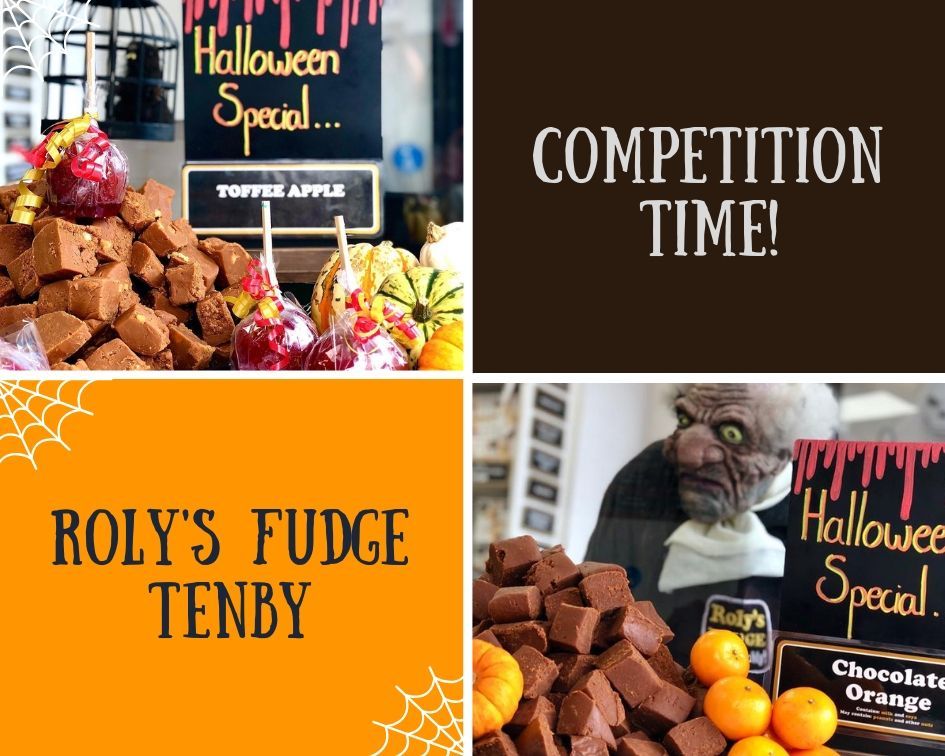 Halloween in our Pantries

Halloween in our Pantries

Halloween is finally here and at Roly’s Fudge there are no tricks…just treats. Across the UK, we are making magic concoctions in our copper cauldrons that any witch would be envious of!

Toffee Apple Fudge – We all love Toffee Apples at Halloween, but they taste even better when mixed with our traditional fudge! Our new Toffee Apple flavour is moreish and crumbly with warm tones of organic apple juice. You won’t want to give it to trick or treaters at your door, it’s just too good!

Chocolate Orange Fudge – You won’t be able to resist our Chocolate Orange Fudge: an award-winning limited edition flavour, made with devilishly dark chocolate, dark cocoa and the zest of orange. It’s a comforting flavour; the perfect accompaniment for a night-in watching scary movies! 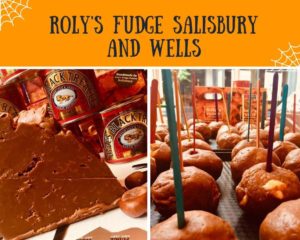 Roly’s Fudge Salisbury and Roly’s Fudge Wells have been busy getting ready for Halloween, with their own take on our limited edition Halloween flavours.

Shaped like a real Toffee Apple, these pantries have a much softer alternative to the Halloween staple on offer. The only problem is that they look too good to eat!

Come and see how they are made over this spooky season by popping in to store and chatting to owners Sarah and Steven, or their lovely employees.

Another flavour Sarah and Steven have brought back for Halloween this year by popular demand is Black Treacle Fudge. If you fancy a sweet treat, this flavour will bewitch you! Come into either store and try a free taster! 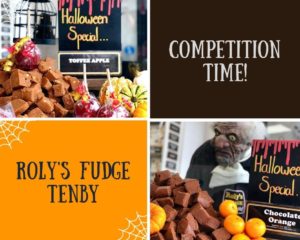 Roly’s Fudge Tenby are running a competition to celebrate our limited edition Halloween flavours. They will be giving £20 worth of gift vouchers to one lucky winner – that’s a lot of fudge! But be quick, the competition will be closing soon and you won’t want to miss out! 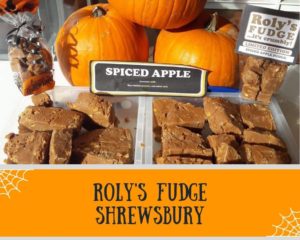 Roly’s Fudge Shrewsbury has created their own limited edition Halloween flavour: Spiced Apple Fudge. Compliment this fudge with a hot drink on a cold night and enjoy the hints of warming spices and sweet apple…what more could you want?

This pantry has also created another Halloween treat…Butterbeer fudge. Enjoy a taste of the wizarding world of Harry Potter, but in fudge form! 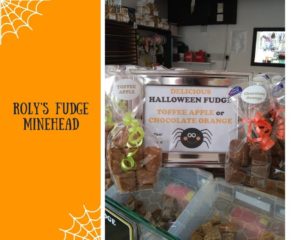 Roly’s Fudge Minehead has also got into the Halloween spirit by making our two limited edition flavours in store. The store interior has been decked out with haunting decorations, so come in for a spooky experience and some yummy fudge.

Roly’s Fudge Matlock Bath have also released Spiced Apple fudge for a limited time only! Be quick to get this treat! 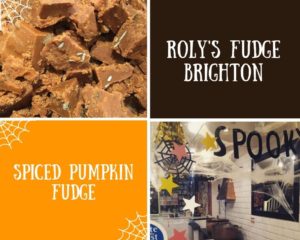 In the Brighton pantry, we have really got into the Halloween spirit. Not only is the store decorated with spooky decorations, there is a selection of Halloween flavours, including a LIMITED EDITION Spiced Pumpkin fudge.

Pop into store to see our decorations and try a free taster.